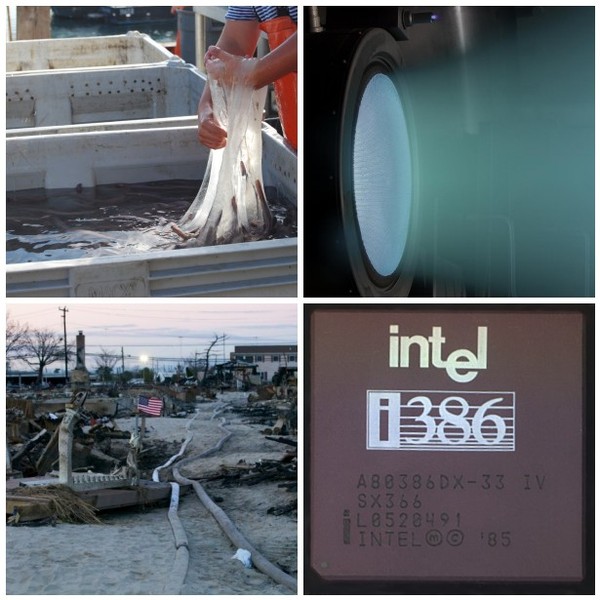 Intellectual property attorney and friend Michael Mount returns to GeekSpeak to chat with Lyle about twitter, ownership, copyright, and work for hire. 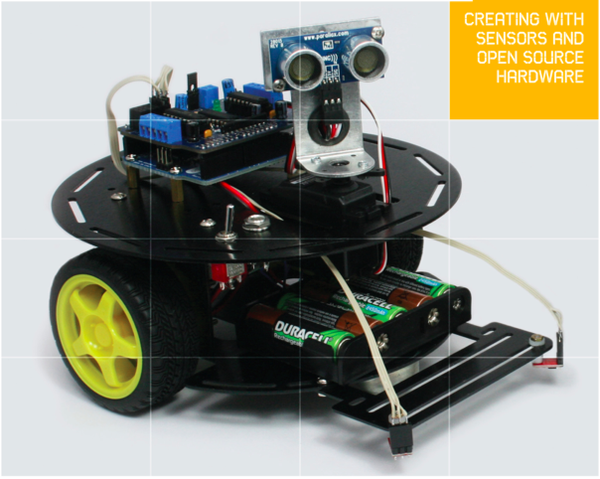 Author Michael Margolis, author of Make an Arduino-Controlled Robot from O’Reilly , joins Lyle and Wyatt to chat about Autonomous and Remote-Controlled Bots on Wheels, Legos, and wonderful computer games that help teach your children science. 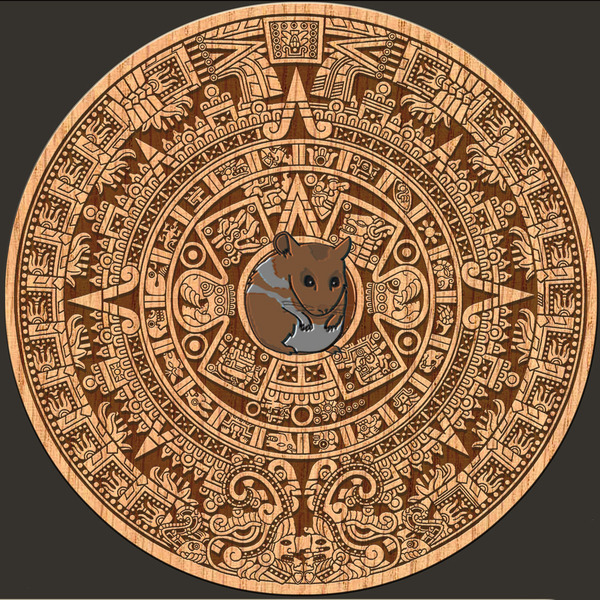 The Mayan calendar is really quite geeky, learn the real details of this epic time keeping system. And is your privacy worth some money?

Syria drops off the internet, both Microsoft AV and hotel key cards get a failing grade, Google Fiber ahead of its time, and more in the Week in Geek as Lyle, Alex, and Miles answer your calls and questions about technology.

Regularly on GeekSpeak Lyle speaks about Robert’s wonderful radio show The 7th Avenue Project
With Miles and Lyle away, you get the pleasure of one of Robert’s geekier episodes: a conversation with computer scientist and photo fakery expert Hany Farid. Robert and Hany discussed the ways that digital retouching (e.g., Photoshop) has altered our relation to photography.

The geeks cover the week in geek news, and take your calls. 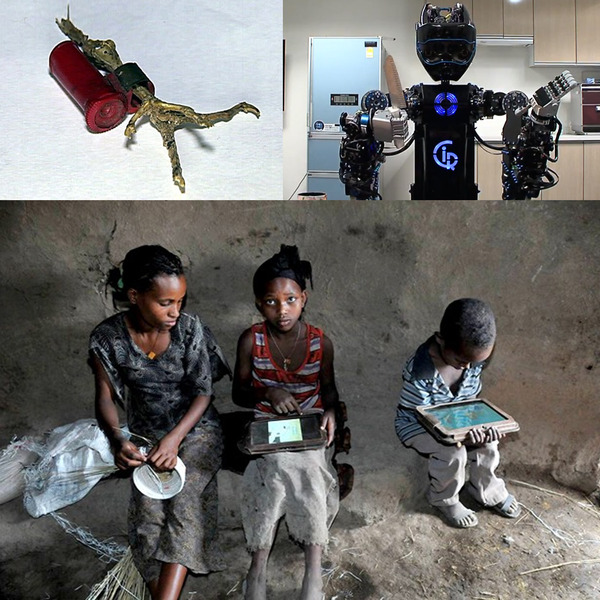 Are you an american? Vote on Nov 6th or before! One Laptop Per Child – > Humans are awesome! A debate about weather programing should be taught to everyone like mathematics and literacy. IBM’s Watson goes to med-school. A WWII carrier pigeon is found.

Lyle’s big question: “How do you teach programing”? 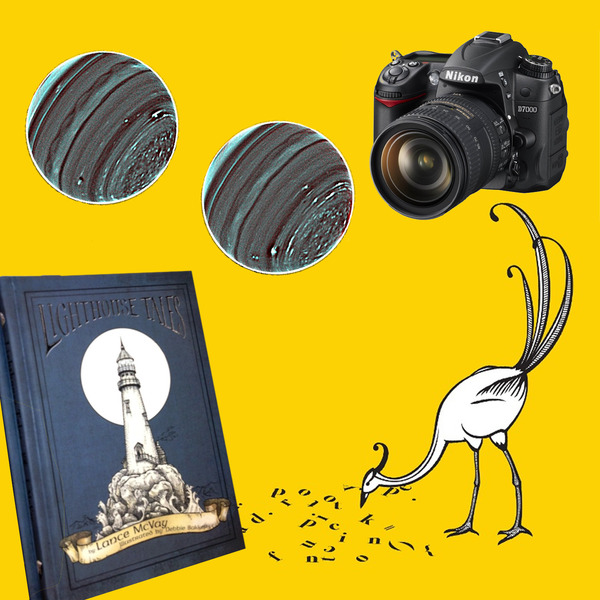 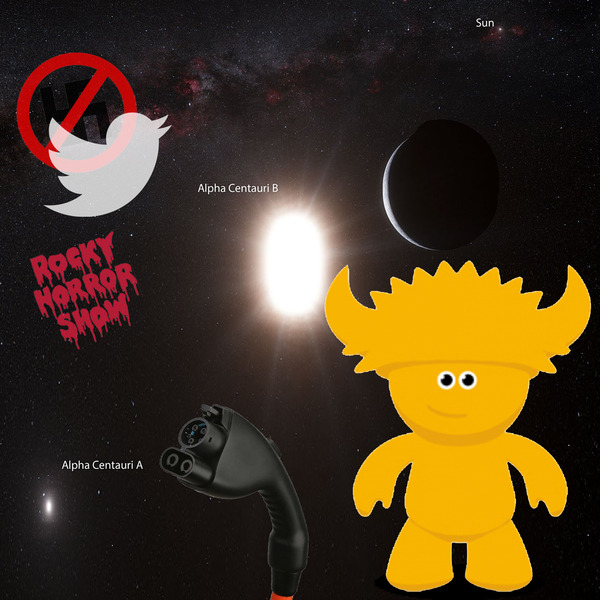 Juergen Fesslmeier, product manager for Wakanda – an open source JavaScript application framework joins the Geeks to talk about the growth and prevalence of the JavaScript language. And to promote the js Every Where Conference. 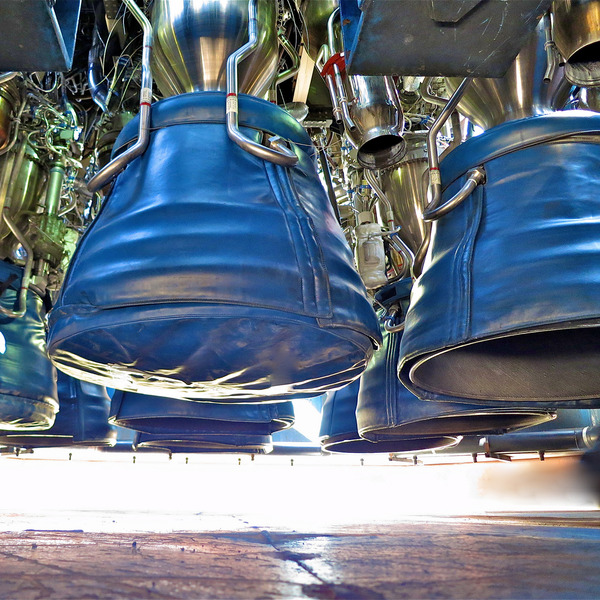 Falcon9 looses engine and still makes it to orbit, the government is listening in on your phone calls, and can keep doing so, Verizon sells your data, Amazon lists the flaws in it’s Kindle, DNA half-life = no Jurassic Park, more Geek News and calls from listeners. 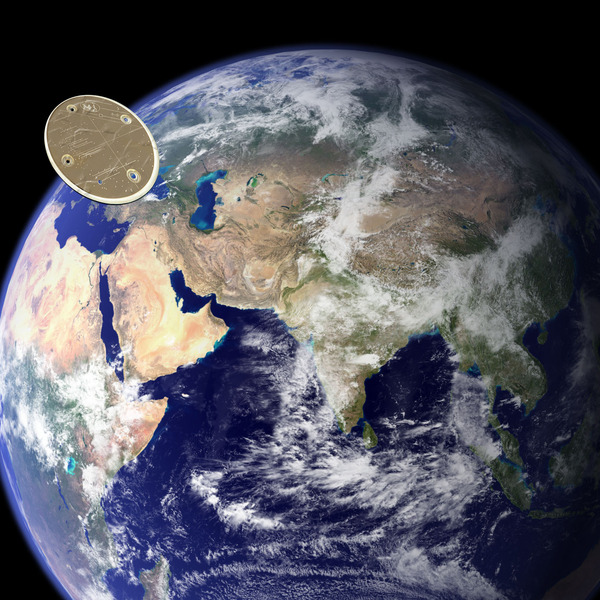 Orbiting Gold Artifacts in the Rough

5 billion-year old gold photo album, brewing beer with cheap tech, purple flare on the iPhone 5, and more in the Week in Geek. 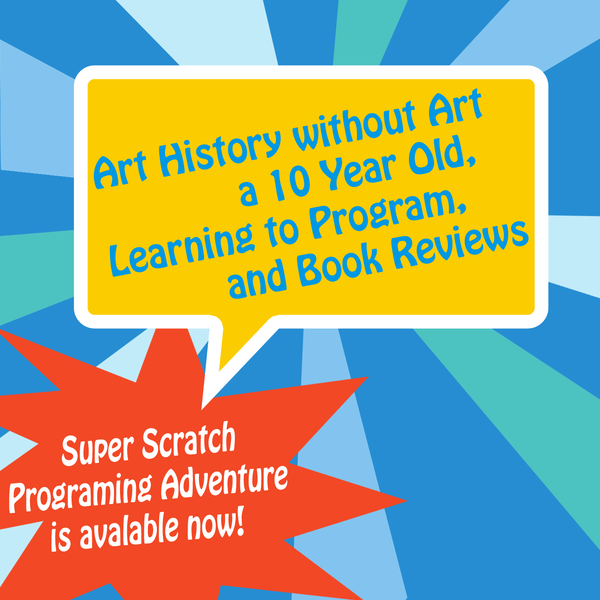 Art History without Art, a 10 Year Old, Learning to Program, and Book Reviews

Why you shouldn’t invest in the diamond market, trigonometric games, controlling servos from smartphones, and more. 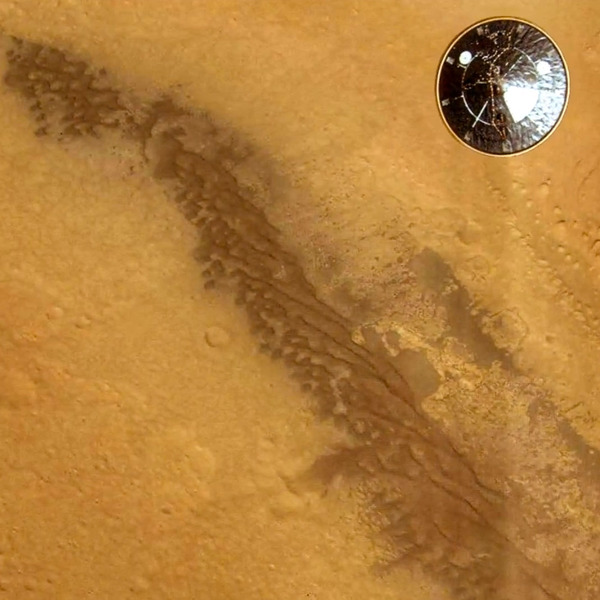 Ben teased, this time about Renn Faire, Google to drop IE 8, cell phone data overcharges, and stolen hacked BMWs. These stories and your calls on this week’s episode of Geek Speak. 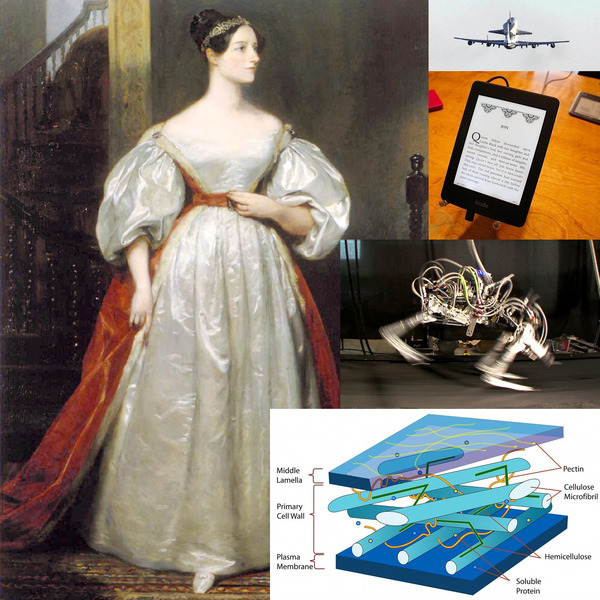 We are joined by Valerie Aurora, executive director of The Ada Initiative an organization aimed at “Supporting women in open technology and culture.”

Valerie’s recent article DEFCON: Why conference harassment matters is a call to action for the Geek community!

In the first half of the show we will cover GeekNews. 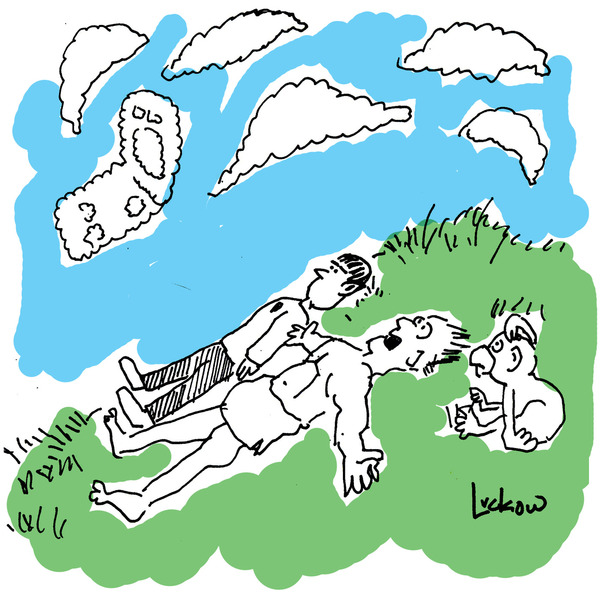 “Wow Spock, that’s complicated. All we ever see are bananas and an occasional coconut..” 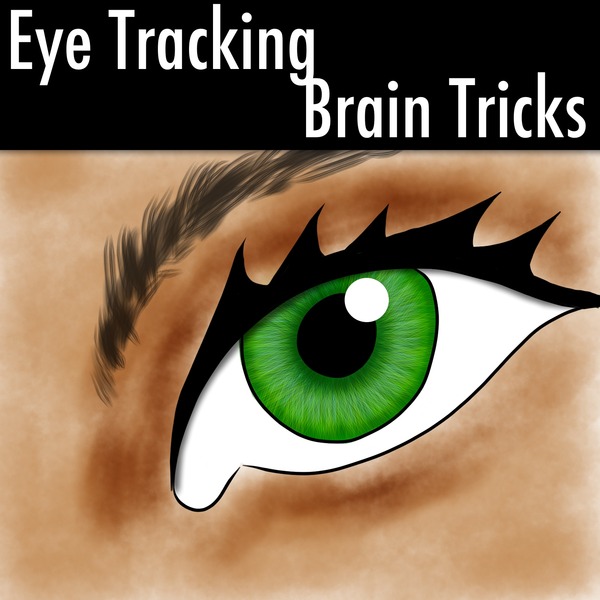 Ben talks about what he teaches at DMA and the Michael Bale touch. The Geeks yack on about radio tech support, google docs sharing, coding on an iPad, and even some Geek News!
DNA data storage? Miles tries to explain sizes. Curiosity videos and much more.

The Geeks talk about Hacker Dojo, updates in the industry, and apparently something about Mars.

Games, Gals, and the Gallantry Gap

Women in gaming, privacy online service, FaceBook’s effect on high school reunions, and the “privacy” question. This is more with Lyle, Al, Miles, and Bonnie.

The Geeks discuss astronomical and security news. Eric Enge, CEO of Stone Temple Consulting, joins for the second half of the show to discuss Search Engine Optimization (SEO).

The US Government trolls terrorist groups, voter registration via Facebook, simulating the lives of bacteria, and more while Lyle and Miles take your calls and comments.

Phones are not private, GeekSpeak.org being rebuilt and how complicated it currently is, Titan has an interesting pole, NYC is providing free wifi – re-use pay-phones. And Lyle and Miles take some listener calls.

Higgs is statistical, Twitter trying to trump trolling and throws us transparency, Miles learns Quotidian and will now be even more “right”, Dark matter filament questions and more Geek News of the week with Miles, Ben and Lyle.

Lots of talk of cameras, a very expensive Apple I, games make you smarter, water color electric sheep, and much more news of the week with Alex, Al, and Lyle.

I can see clearly now

New Apple MacBooks are throwaway, no upgrades… but it looks so good.

Internet TV up in Flame

Bonnie Jean Primbsch joins Miles and Lyle to talk a bit about KUSP, pledging to the station, the Flame bot net, and TV advertising both online and off.

Living for 3 billion years for really good reasons, how much banana is that tuna? The Geeks—Ben, Miles, Lyle, and special geek guest Joanna Bresee—cover news and answer calls.

Tractor Beams, SpaceX to ISS, eyes change, security expert tricks trickers, Real Life Tony Stark, “you are more wrong then you thought you are”, and much more with Miles, Ben and Lyle.

Bar Scene, There's an App for That

Miles and Ben do the Geek News and take the calls.

Goldilocks range around red-dwarf stars is smaller then we thought, how tides work, robot buttocks, Japan loosing population, harvest asteroids, facebook new feature that you pay for, Mayan calendar goes beyond 2012, and much more, plus calls from listeners. Steve Brenner, Ben Jaffe, and Lyle Troxell.

Search Engins for the People

Wartime bootleggers, the birth and death of Firewire, geeky movies, losing yourself in Manila, and more while we take your calls and questions.

Thousands to lose Internet access due to the FBI, the hardest-working man on Wikipedia, the rest of the Week in Geek, and Lyle and Miles respond to your questions and comments.

Learn a little about the Geeks and what’s interesting about whale barf. And much more about the week in geek tech with Miles, Ben, and Lyle. Also, Rick is back, so we take some calls!

Free Speech of Yoctograms and Planets

[Garth Sundem|http://garthsundem.com/], author of his most recent book, “[Brain Trust|http://www.randomhouse.com/book/208655/brain-trust-by-garth-sundem]”, joins the Geeks and their quest to keep KUSP safe from the rogue neutron stars and space mummies. Mrrrrrrr!!!

Remember to Wear Your Seatbelts on the Internet

Backup, watch your URLs, make sure you read those license agreements, and more on a special show chock full of the Week in Geek.

Comic artist and author joins Lyle Troxell for a discussion about marketing using YouTube… well more like how to be awsome like Mark Crilley and about comic book art. In the first half Charlie Lang, and KUSP station manager Terry Green talk about This American Life’s retraction of their Foxconn/Apple story, and a bit about SPDY.

Systems Reliability Geek, Steve Brenner, and Geeky Artists, Nick Lally join Lyle to chat about some week-in-geek news and their professions. We even took a couple calls!

We take your calls and comments while covering the Week in Geek.

3D Printer Kickstarter, Really Old Plants, Multiple Photos or Video to make 3d files, 123 year old recordings, could your phone be your computer? And much more Week-In-Geek News with Lyle, Al and Lindsey.

Who needs privacy when you are selling something? Online Dating Websites keep your data, Target Inc. knows your daughter is pregnant, Cyber attacks of Nortel, SSL for Google Maps still leaks data, and more Geek News and in the second half Alex, Miles and Lyle answer technical questions from listeners.

SOPA/PIPA gets a timeout, 12 atoms per bit, and various ways that you and criminals can move information (WiGig & auto theft) while Miles and Lyle take your calls and comments.

Jesse Wilkins joins Ben and Lyle for a bit of GeekSpeak News.

New years resolutions – Back Up Your Data and Upgrade your Ram! MAME on Chrome, WiFi Vulnerability – turn off WPS, Copyright Rant, other news and calls with Lyle and Miles.