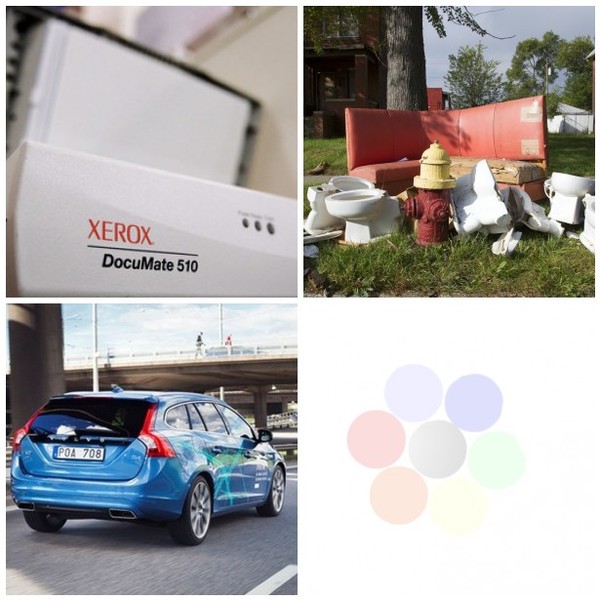 Got Zombies on your phone? Scanner mixing up numbers? What do Geeks have to do with guns? We discuss these questions and more this week on special pledge drive edition of Geekspeak.

Verizon is giving a new mission to its controversial hidden identifier that tracks users of mobile devices. Verizon said in a little-noticed announcement that it will soon begin sharing the profiles with AOL’s ad network, which in turn monitors users across a large swath of the Internet.

That means AOL’s ad network will be able to match millions of Internet users to their real-world details gathered by Verizon, including — “your gender, age range and interests.” AOL’s network is on 40 percent of websites, including on ProPublica.

AOL will also be able to use data from Verizon’s identifier to track the apps that mobile users open, what sites they visit, and for how long. Verizon purchased AOL earlier this year.

Anything is possible at Zombocom

In this article I present in which way scanners / copiers of the Xerox WorkCentre Line randomly alter written numbers in pages that are scanned. This is not an OCR problem (as we switched off OCR on purpose), it is a lot worse – patches of the pixel data are randomly replaced in a very subtle and dangerous way: The scanned images look correct at first glance, even though numbers may actually be incorrect. Without a fuss, this may cause scenarios like:
1. Incorrect invoices
2. Construction plans with incorrect numbers (as will be shown later in the article) even though they look right
3. Other incorrect construction plans, for example for bridges (danger of life may be the result!)
4. Incorrect metering of medicine, even worse, I think.

The errors are caused by an eight (!) year old bug in widely used WorkCentre and ColorQube scan copier families of the manufacturer Xerox – according to reseller data, hundreds of thousands of those machines are used across the planet.

The author went into more depth in a fascinating video

In the six months since Mayor Mike Duggan’s administration launched the app, more than 10,000 problems have been fixed, city officials said today.

Volvo says it will accept full liability for accidents involving its driverless cars, making it “one of the first” car companies to do so.
It joins Mercedes and also tech firm Google, who have made similar claims.
Volvo says it is trying to expedite regulation in the US, where “a patchwork” of rules is holding back the industry.
Uncertainty over liability for a driverless car crash is seen as one of the biggest barriers to adoption.

Firearms are no longer a hobby of mine

Last week, I sat in a hotel room and watched the President talk about the latest mass shooting and how they had become routine and the concern that nothing would change. I started to shrug it off and pretend in my mind that there was nothing I could do. But the idea that gun culture doesn’t bear some responsibility for these killings didn’t make sense to me. I didn’t want to be a part of gun culture anymore.

I was never going to use these guns for self-defense, they were safely locked and out of reach. I don’t hunt. I don’t shoot clays. There are no dangerous animals where I live. There are no zombies. I’m not a police officer or soldier. I am not part of a well regulated militia. There’s no reason for me to have them.

Help out KUSP and GeekSpeak!