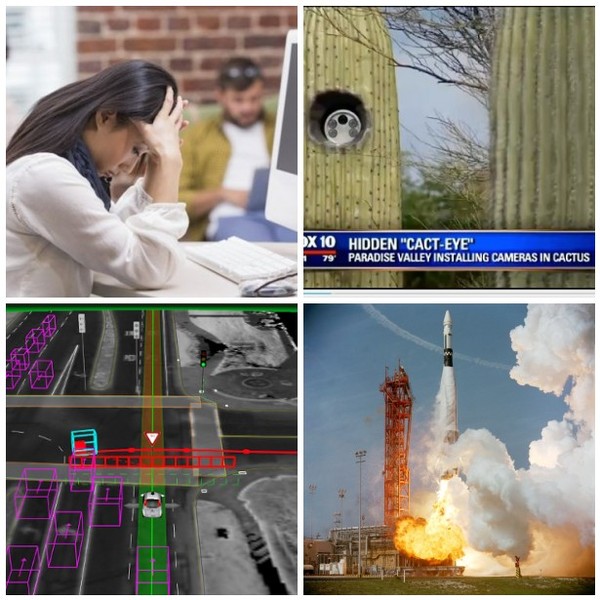 5 broadband industry trade groups filed petitions for a “stay” on the reclassification of ISPs to be common carriers.

The groups failed to convince the FCC that they are likely to win in court. "Petitioners have failed to demonstrate that they are likely to succeed on the merits. The Commission’s classification of fixed and mobile BIAS [broadband Internet access service] as telecommunications services falls well within the Commission’s statutory authority, is consistent with Supreme Court precedent, and fully complies with the Administrative Procedure Act

The most common accidents our cars are likely to experience in typical day to day street driving — light damage, no injuries — aren’t well understood because they’re not reported to police. Yet according to National Highway Traffic Safety Administration (NHTSA) data, these incidents account for 55% of all crashes. It’s hard to know what’s really going on out on the streets unless you’re doing miles and miles of driving every day. And that’s exactly what we’ve been doing with our fleet of 20+ self-driving vehicles and team of safety drivers, who’ve driven 1.7 million miles (manually and autonomously combined). The cars have self-driven nearly a million of those miles, and we’re now averaging around 10,000 self-driven miles a week (a bit less than a typical American driver logs in a year), mostly on city streets.

Web Extra: Getting Smarter Every Day - unlearning how to ride a bike

Why tech is getting in the way of work

Professor Gloria Mark of the Department of Informatics at the University of California says email, social media, notifications and countless other digital distractions are eroding our ability to concentrate on individual tasks in the 21st Century.
“Back in 2004 we followed American information workers around with stopwatches and timed every action,” she says.
“They switched their attention every three minutes on average. In 2012, we found that the time spent on one computer screen before switching to another computer screen was one minute 15 seconds.
“By the summer of 2014 it was an average of 59.5 seconds.”

All about Edge: Extensions, high performance asm.js, and no more ActiveX

We already knew that Microsoft Edge would remove much of the legacy technology that’s found in Internet Explorer. Microsoft has given perhaps the fullest rundown of what’s not in Edge this week. The two traditional ways of extending Internet Explorer, ActiveX and Browser Helper Objects, are both gone. This means no plugins, no toolbars, no Java, no Silverlight. It doesn’t, however, mean no Flash; that’s a built-in capability. PDF rendering is also built-in.
In their place are Chrome-like extensions built in HTML and JavaScript. However, these aren’t coming immediately. Although Microsoft has demonstrated the popular Reddit Enhancement Suite running in Edge with (the company says) minimal changes from its Chrome version, the initial release of Edge won’t support these extensions. There’s no specific timeline on when they’ll be added.

Hanging Out With Someone Who Walked On The Moon

David Scott flew on Gemini 8 with Neil Armstrong during the stuck thruster incident. He was the command module pilot in Apollo 9 which was a test flight of the complete Apollo spacecraft system. He landed on the moon as commander of Apollo 15, which was the first mission to carry the lunar rover.

You’d think the kilometer-wide phase “Google review policy is crap”, cut into the greenery of Takht Pari Forest near Rawalpindi, Pakistan, alongside a gigantic sad face, would be visible from space. But this is, of course, visible only on Google Maps.