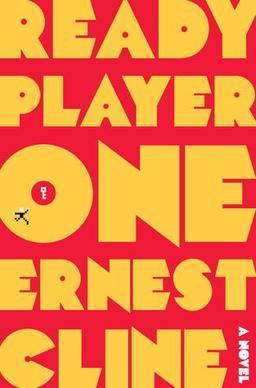 Our Topic: Ready Player One

70's Must Read Books: To Your Scattered Bodies Go

To Your Scattered Bodies Go (1971) is a science fiction novel and the first book in the Riverworld series of books by Philip José Farmer. It won a Hugo Award for Best Novel in 1972 at the 30th Worldcon.1 The title is derived from the 7th of the “Holy Sonnets” by English poet John Donne:
At the round earth’s imagin’d corners, blow
Your trumpets, angels, and arise, arise
From death, you numberless infinities
Of souls, and to your scattered bodies go.

Neuromancer is a 1984 novel by William Gibson, a seminal work in the cyberpunk genre and the first winner of the science-fiction “triple crown” — the Nebula Award, the Philip K. Dick Award, and the Hugo Award. It was Gibson’s debut novel and the beginning of the Sprawl trilogy. The novel tells the story of a washed-up computer hacker hired by a mysterious employer to pull off the ultimate hack.

00's Must Read Books: Down and Out in the Magic Kingdom

Down and Out in the Magic Kingdom is a 2003 science fiction book, the first novel by Canadian author and digital-rights activist Cory Doctorow. Concurrent with its publication by Tor Books, Doctorow released the entire text of the novel under a Creative Commons noncommercial license on his website, allowing the whole text of the book to be read for free and distributed without needing any further permission from him or his publisher.

Every child has written their names on the beach at some point.

But whereas most people’s ‘sandwriting’ is washed away, one super-rich Arab sheikh has ensured that his doodles will last a little longer.

Hamad Bin Hamdan Al Nahyan, 63, has scrawled his name in sand on an island he owns with letters so big they can be seen from space.

There are a lot of famous Star Trek fans out there — Olivia Wilde, Mila Kunis and yours truly — but none of us are as rich as King Abdullah of Jordan. The Middle Eastern monarch, who was once an extra in an episode of Star Trek: Voyager, has given the green light to a $1.5 billion Star Trek-inspired theme park that will boldly take Jordan where no Gulf state has gone before. While the theme park will not be powered by dilithium crystals, it will utilize green technology in order to lower its carbon footprint.

August’s Perseid meteor shower has historically been providing the best opportunity for enthusiasts to catch meteor shows, but this year the Internet will let casual observers enjoy the show live online. The Perseids have been observed for at least 2,000 years and are associated with the comet Swift-Tuttle, which orbits the sun once every 133 years. Each year in August, the Earth passes through a cloud of the comet’s debris. These bits of ice and dust — most more than 1,000 years old — burn up in the Earth’s atmosphere.

Apple Closes The Day As The Most Valuable Company

Apple has closed the day as the most valuable public company in the world knocking off Exxon Mobil.
It’s an incredible feat considering Apple was a broken company 15 years ago. In the world of technology, which evolves so rapidly, only a handful of companies have been able to reverse course and find new life.
Apple’s rise to the top happened rather suddenly. Just a year ago it passed Microsoft to become the biggest company in tech. At the start of the year it was still $75 billion behind Exxon. Today it’s $6 billion ahead.
But, a market crash coupled with Apple’s astounding earnings performance have vaulted it to the top of the heap.

The Jupiter-sized planet is orbiting its star at a distance of just five million km, and is likely to be at a temperature of some 1200C.

The planet may be too hot to support reflective clouds like those we see in our own Solar System, but even that would not explain why it is so dark.

The research will be published in the journal Monthly Notices of the Royal Astronomical Society.

Family Ties is an American sitcom that aired on NBC for seven seasons, from 1982 to 1989. The sitcom reflected the move in the United States from the cultural liberalism of the 1960s and 1970s to the conservatism of the 1980s. This was particularly expressed through the relationship between young Republican Alex P. Keaton (Michael J. Fox) and his former-hippie parents, Elyse and Steven Keaton (Meredith Baxter-Birney and Michael Gross). The show won multiple awards, including three consecutive Emmy Awards for Michael J. Fox as Outstanding Lead Actor in a Comedy Series.

Go ahead and pick up Ready Player One from Book Shop Santa Cruz and enjoy one of the best books of the year. -Lyle