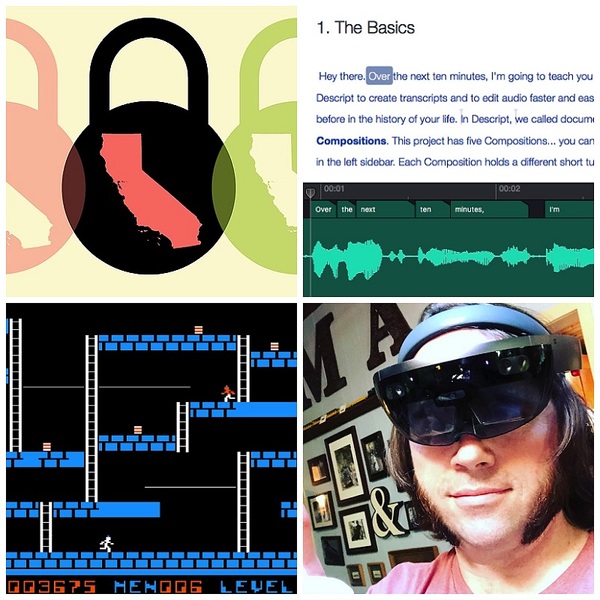 Week in News: Police officers fired in California after abusing privacy through large databases. Microsoft gives to OpenStreetMap, Lyle plays with HoloLen, Supercomputers and Linux, and #FamilesBelongTogether bot attack.
And a long form discussion on software/apps/programs performance and change over history with a bit about Podcasting software. Brought to our attention by Bruce Sims @woodstockwasme

In 2017, 22 law enforcement employees across California lost or left their jobs after abusing the computer network that grants police access to criminal histories and drivers’ records, according to new data compiled by the California Attorney General’s office. The records obtained by EFF show a total of 143 violations of database rules…

GeekSpeak Episode: Swimming in a Sea of Internet Fraud

There is in amazing amount of Internet fraud going on through-mail. Our guest, Sergeant Dean Ackemann, works for the San Jose Police Department Financial Crimes Unit. His job is to handle Internet fraud cases and often sees people falling for the same scams over and over. He will be on to talk about some common scams and potentially take a few calls.

Microsoft announced that it is releasing 124 Million building footprints in the United States to the OpenStreetMap community. Bing Maps team used Microsoft’s CNTK Unified Toolkit to apply its Deep Neural Networks and the ResNet34 with RefineNet up-sampling layers to detect building footprints from the Bing imagery. ​Supercomputers: All Linux, all the time

Linux runs on every last one of the world’s fastest supercomputers. What is surprising is that GPUs, not CPUs, now power most of supercomputers’ speed.

Clowns is a black and white arcade game released by Bally Midway in 1978.1 It is similar to Exidy’s Circus from the prior year, in which the player controls a seesaw to propel two clowns into the air, catching balloons situated in three rows at the top of the screen. It was released on cartridge for Commodore VIC-20 in 1982 and for the Commodore 64 in 1983. Photoshop was created in 1988 by Thomas and John Knoll. Since then, it has become the de facto industry standard in raster graphics editing, to the point that Photoshop has become a generic trademark leading to its use as a verb such as “to Photoshop an image,” “photoshopping” and “photoshop contest”, though Adobe discourages such use.4 It can edit and compose raster images in multiple layers and supports masks, alpha compositing and several color models including RGB, CMYK, CIELAB, spot color and duotone. Photoshop has vast support for graphic file formats but also uses its own PSD and PSB file formats which support all the aforementioned features. In addition to raster graphics, it has limited abilities to edit or render text, vector graphics (especially through clipping path), 3D graphics and video. Photoshop’s feature set can be expanded by Photoshop plug-ins, programs developed and distributed independently of Photoshop that can run inside it and offer new or enhanced features.

Our software must get better | Seth's Blog

The building doesn’t fall down, it sort of works, better than good enough, let’s move on.

But software, software is different.

Hardware is sexy, but it’s software that matters | Seth's Blog

Apple contributed mightily to a software revolution a decade ago, but they’ve stopped. Think about how many leaps forward Slack, Dropbox, Zapier and others have made in popular software over the last few decades. But it requires a significant commitment to keep it moving forward. It means upending the status quo and creating something new.

California's new data privacy law the toughest in the US

A major privacy bill signed into law in California on Thursday is poised to reshape how Silicon Valley does business. When the law goes into effect, companies will face the country’s toughest privacy requirements, including stopping the collection and sale of personal data upon request from consumers. 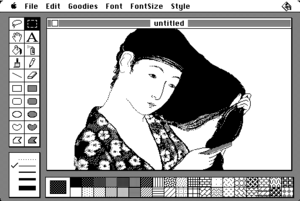 MacPaint is a raster graphics editor developed by Apple Computer and released with the original Macintosh personal computer on January 24, 1984. It was sold separately for US$195 with its word processor counterpart, MacWrite.1 MacPaint was notable because it could generate graphics that could be used by other applications. Using the mouse, and the clipboard and QuickDraw picture language, pictures could be cut from MacPaint and pasted into MacWrite documents.2

These are fully or partly robotic social accounts pretending to be fully human.