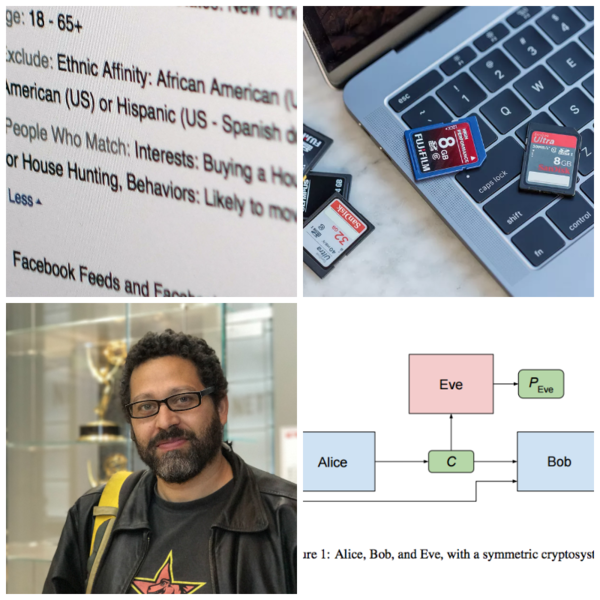 Looking WayBack, technology intersects with some troubling advertising practices, Apple takes all the money and then some, and OH MY GOD, THAT BLACK HOLE’S COMING RIGHT FOR US! These and other stories on this episode of GeekSpeak.

When the Internet Archive was created 20 years ago, few envisioned how a small galaxy of about 500,000 websites would evolve into the center of human communication and culture.

GeekSpeak Episode where we First Talked about Facebook Race Ads

If you saw a trailer for Straight Outta Compton on Facebook, it was targeted at you based on your race—or, at least, based on what Facebook thinks is your race. People identified by the company as white, black, or Hispanic were shown different versions of the trailer. This is part of Facebook’s new “ethnic affiliation” marketing, which effectively resembles racial profiling with a big data advertising twist.

Imagine if, during the Jim Crow era, a newspaper offered advertisers the option of placing ads only in copies that went to white readers.
That’s basically what Facebook is doing nowadays. 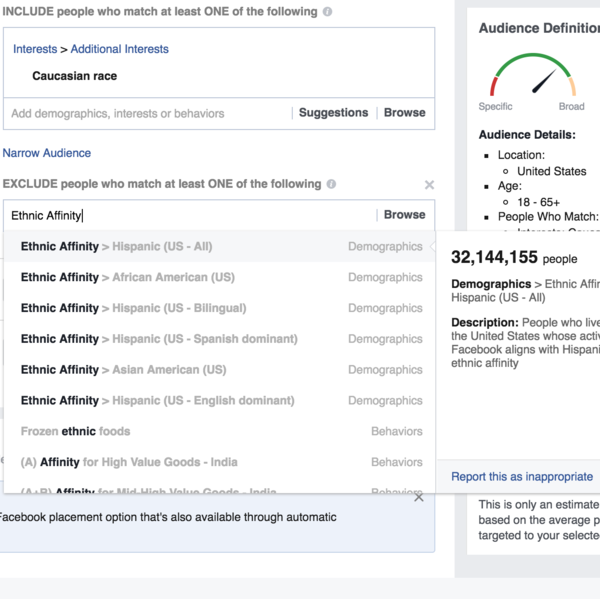 now anyone running Android 5.0 or newer on their phone can download the app and use it disconnected from the car. It’s brilliant, and it’s pretty much what Google Maps should have been already.

So today we’re excited to introduce a whole new way to use Android Auto: right on your phone screen! This update allows anyone with an Android phone (running 5.0 or later) to use a driver friendly interface to access the key stuff you need on the road ― directions, music, communications ― without the distraction of things that aren’t essential while driving.

Google will display election results as soon as polls close

Google has been highly involved with connecting U.S. voters to timely information throughout this election cycle, by offering everything from voter registration assistance to polling place information in its search result pages. Today, the company announced plans to display the results of the U.S. election directly in search, in over 30 languages, as soon as the polls close.

One of the largest Distributed Denial-of-Service (DDoS) attacks happened this week and almost nobody noticed.

Hackers Use DDoS Attack To Cut Heat To Apartments

Residents of two apartment buildings in Lappeenranta, a city of around 60,000 people in eastern Finland, were literally left in the cold this weekend. The environmental control systems in their buildings stopped working, and it wasn’t because of a blackout. It was actually a DDoS attack that took them down.

A municipal ISP that was on the verge of shutting off Internet service outside its city boundaries to comply with a state law has come up with a temporary fix: it will offer broadband for free.

The Big Con: what is really at stake in this US election | US news | The Guardian

The collective memory of America is short. During the 2010 midterm elections, it seemed like every other house in my north Dallas neighborhood sported a “Had Enough? Vote Republican!” yard sign. As if it had been two hundred years, instead of two, since the US economy was on the brink of collapse, with panicked credit markets, huge banks and insurance companies about to topple into the void, a flatlining auto industry, the Dow Jones plunging toward 6500, and job losses topping 700,000 a month, not to mention the wars that had turned the budget surpluses of the late Bill Clinton years into massive deficits, all courtesy of a two-term Republican president whose party controlled Congress for six of the last eight years. Yes, please! Take us back to the good old days of 2008!

Google's DeepMind A.I. takes on something even more complicated than chess or go: StarCraft II

Google and Blizzard are opening up StarCraft II to anyone who wants to teach artificial intelligence systems how to conduct warfare, because apparently I’m the only one who has ever seen The Terminator.

Lyle's Thoughts on the iPhone7 plus

I am enjoying my iPhone7 plus. The 2x camera is fun to use, and, even though I am a Nikon SLR user, I love the portrait mode of the iPhone with the software depth of field.

Because of a couple of things. One, it’s a bit of a cumbersome slot. You’ve got this thing sticking halfway out. Then there are very fine and fast USB card readers, and then you can use CompactFlash as well as SD. So we could never really resolve this – we picked SD because more consumer cameras have SD but you can only pick one. So, that was a bit of a trade-off. And then more and more cameras are starting to build wireless transfer into the camera. That’s proving very useful. So we think there’s a path forward where you can use a physical adaptor if you want, or do wireless transfer.

DeepMind: AI is Heading to StarCraft

DeepMind and Blizzard are trying to create an AI agent that can play StarCraft II effectively, navigating the challenges of the game and engaging opponents in real-time.

After many listener requests, Dan examines the issue of the morality of dropping the Atomic Bombs in the Second World War. As usual, he does so in his own unique, unexpected way.

Dune is a 1965 epic science fiction novel by American author Frank Herbert. It tied with Roger Zelazny’s This Immortal for the Hugo Award in 1966, and it won the inaugural Nebula Award for Best Novel. It is the first installment of the Dune saga, and in 2003 was cited as the world’s best-selling science fiction novel.

What happens when you tell two smart computers to talk to each other in secret and task another AI with breaking that conversation? You get one of the coolest experiments in cryptography I’ve seen in a while.

A new study, published this month to Geophysical Research Letters, found evidence to suggest that historical sea level records have been off—way off in some areas—by an underestimation of 5 to 28 percent. Global sea level, the paper concluded, rose no less than 5.5 inches over the last century, and likely saw an increase of 6.7 inches.

A Naked Black Hole Is Screaming Through the Universe

Millions of years ago, B3 1715+425 was just an ordinary supermassive black hole. It had a comfortable life, of devouring stars and belching deadly x-rays, at the center of its distant galaxy. Now, starless and alone, it’s screaming through space at 2,000 kilometers per second—and it may never stop.