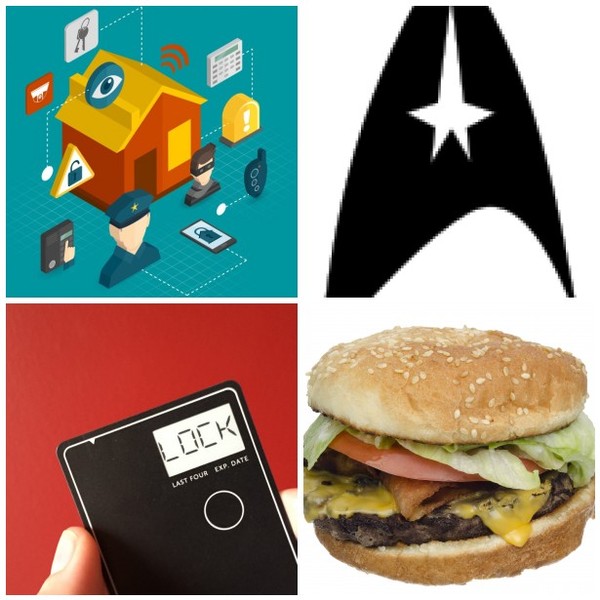 Is the Internet of things a good thing? How do your senses affect each other? What’s the new thing in card payments?

Why IoT Security Is So Critical

Welcome to the era of the Internet of Things (IoT), where digitally connected devices are encroaching on every aspect of our lives, including our homes, offices, cars and even our bodies. With the advent of IPv6 and the wide deployment of Wi-Fi networks, IoT is growing at a dangerously fast pace, and researchers estimate that by 2020, the number of active wireless connected devices will exceed 40 billion.

The upside is that we are able to do things we never before imagined. But as with every good thing, there’s a downside to IoT: It is becoming an increasingly attractive target for cybercriminals. More connected devices mean more attack vectors and more possibilities for hackers to target us; unless we move fast to address this rising security concern, we’ll soon be facing an inevitable disaster.

3. Unintended linkages are the rule, not the exception

4. Delivering on the promise of the Internet of Things (IoT) requires addressing the Security of Things (SoT)

5. We need a multilayered approach to cybersecurity—and not one that just focuses on the low-hanging fruit

Our mission is to make the Internet of Things secure, to aid its adoption and maximise its benefits. To do this we will promote knowledge and clear best practice in excellent, appropriate security to those who specify, make and use IoT products and systems.

How senses affect how you experience products.

The Illusion of Taste

Very often, these modes of perception influence one another on the way to becoming conscious thought. For instance, scientists have long known that whether a strawberry tastes sweet or bland depends in no small part on the kinds of organic molecule detected by olfactory receptors in the nose. Spence had been wondering whether taste might be similarly shaped by sound: Would a potato chip taste different if the sound of its crunch was altered? To explore that question, he needed a chip with a reliably uniform crunch. The Pringle—that thin, homogeneous, stackable paraboloid—was perfect.

Over the next few weeks, Spence invited twenty research subjects to his basement lab and sat them in front of a microphone in a soundproof booth. There they were handed a pair of headphones and instructed to bite, one by one, into nearly two hundred Pringles original-flavor chips. After a single crunch, each subject spat out the chip and gave it a rating: crisper or less crisp, fresh or less fresh. The subjects could hear each crunch as it looped from the mike into the headphones. But, without letting the participants know, Spence funnelled the crunching noises through an amplifier and an equalizer, allowing him to boost or muffle particular frequencies or the over-all volume. About an hour later, released from the booth, each subject was asked whether he or she thought all the chips were the same.

The chips were identical, of course, but nearly all the volunteers reported that they were different—that some had come from cans that had been sitting open awhile and others were fresh. When Spence analyzed his results, he saw that the Pringles that made a louder, higher-pitched crunch were perceived to be a full fifteen per cent fresher than the softer-sounding chips. The experiment was the first to successfully demonstrate that food could be made to taste different through the addition or subtraction of sound alone.

The Science of Sensory Marketing

Marketing researchers are “starting to realize how powerful the responses to nonconscious stimuli can be,” says S. Adam Brasel, an associate professor of marketing at Boston College. Work on embodied cognition has begun “blowing up on the academic side,” he adds. At the 2014 Association for Consumer Research’s North American conference, Brasel heard more papers on sensory research presented than at any previous conference. That same year the Journal of Consumer Psychology published a special issue on embodiment and sensory perception, with a focus on how sensory inputs can drive consumer behavior.

Research paper advocating the use of the senses to reach consumers

The Coin (promising to let you combine all your credit/debit/loyalty cards into a single piece of tech) has delayed for so long that you might have forgotten that you ordered one. In November of 2013, the YC-backed company blew past its $50,000 pre-order goal in forty minutes, but despite a promise of summer 2014 shipping, the company has yet to ship a product that wasn’t in beta. Until today.

After a six-month beta program, Coin is finally ready to ship a finished product to the 350,000 people who have pre-ordered in the first two months of pre-order.

If you need to update Chrome