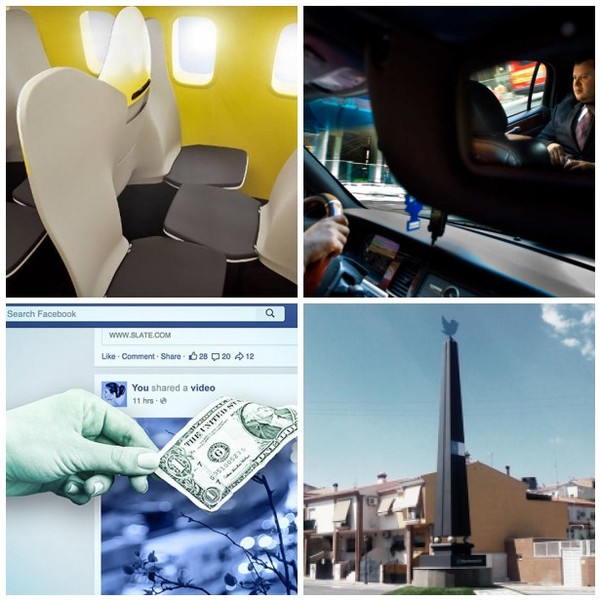 Jun, a small Andalusian town founded by the Romans 2,200 years ago, is using Twitter to reduce bureaucracy, serve its citizens, and run a more efficient administration.

Mayor José Antonio Rodríguez Salas (@JoseantonioJun) has encouraged all Jun residents to get a Twitter account to communicate easily with the town government. That way they can report issues about public services and infrastructure, send suggestions, participate in the town decisions and “talk” to the mayor and council members directly.

With no content blocked, there are 38 3rd party scripts (scripts not hosted on the host domain) running when the homepage is opened, which takes a total of 11 seconds. Some of these scripts are hosted by companies I know, Google, Amazon, Twitter and lots from companies I don’t know. Most of which I assume are used to display adverts or track my activity, as the network activity was still active after a minute of leaving the page dormant. I decided to turn them all off all 3rd party scripts and see what would happen.

After turning off all 3rd party scripts, the homepage took 2 seconds to load, down from 11 seconds. Also, the network activity stopped as soon as the page loaded so it should be less strain on the battery.

The Uber Economy Requires a New Category of Worker, Beyond ‘Employee’ and ‘Contractor’

Consider your average Uber driver. He clearly works for Uber. He is indispensable to the operations of the company. It sets his pay and tells him how to do his job. It fires him if he falls below certain strict standards. But he also clearly works for himself. He has no boss. He chooses his own hours. He accepts and rejects work at will.

According to American employment law, though, our driver must be one or the other, a 1099 contractor or a W2 employee. And the gulf between the two in terms of mandated government protections and benefits is as wide as the line between them is blurry. As such, thousands of on-demand-economy employees and scads of lawyers are at war in court to determine what camp our average driver should fall into.

Last year on his podcast Hello Internet, the Australian filmmaker Brady Haran coined the term freebooting to describe the act of taking someone’s YouTube video and re-uploading it on a different platform for your own benefit.

Freebooting, to be clear, is not the same as simply sharing a link to someone’s YouTube video on Facebook. When you do that, Facebook embeds the YouTube video, and all the views—and advertising revenues—are properly credited to its original publisher. No one has a problem with that, including Sandlin. It’s how the system is supposed to work.

But it doesn’t work that way anymore—not well, anyway. That’s because, over the past year, Facebook has decided it’s no longer content to be a venue for sharing links to articles and videos found elsewhere on the Internet. Facebook now wants to host the content itself—and, in so doing, control the advertising revenue that flows from it

A patent application by Zodiac Seats France calls for a design that puts every other passenger in a row facing backward. The design idea could fit up to 80 more passengers in a plane, depending on the current seat layout. Alex Stamos, the recently appointed chief security officer at Facebook, has called on software company Adobe to announce an “end-of-life date for Flash.” In a pair of tweets sent over the weekend, Stamos echoed a number of recent complaints from the security community that the software has become the vector for just too many hacking vulnerabilities.

How to Enable Click-to-Play Plugins in Every Web Browser

Most web browsers load Flash and other plug-in content as soon as you open a web page. Enable “click-to-play” plug-ins and your browser will load a placeholder image instead — click it to actually download and view the content.

The team of researchers from Carnegie Mellon built an automated testing rig called AdFisher that pretended to be a series of male and female job seekers. Their 17,370 fake profiles only visited jobseeker sites and were shown 600,000 adverts which the team tracked and analysed.

The authors of the study wrote: “In particular, we found that males were shown ads encouraging the seeking of coaching services for high paying jobs more than females.”

No more added bloatware in software