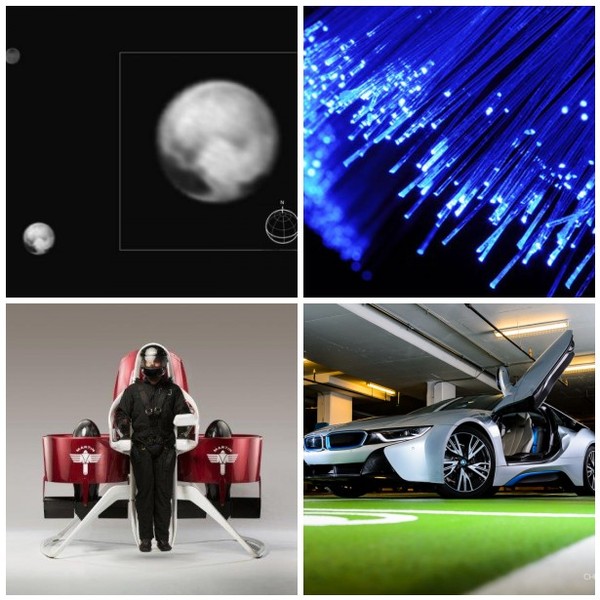 The ever-nearing IPv4 apocalypse, cool hybrids no one can afford, hiccups on the way to Pluto, and the role of free speech when national security is at stake. Check out the discussion about these stories and more with the Geeks while you ask for a carpooler with your cell phone.

Businesses and individuals are being urged to start embracing the IPv6 address space as the number of IPv4 addresses nears exhaustion.
The warnings come after the American Registry of Internet Numbers (ARIN) reported that it had been forced to reject a request for IPv4 addresses as it did not have enough. This is the first time this has happened.

The app is now live in the Google Play store for Android devices, but it currently only works in Waze’s home country of Israel (and you’ll need to turn Google Translate on if you visit the official site and don’t read Hebrew). An announcement at Waze’s official blog described the app as a “carpool pilot,” and it clarified that hopeful passengers will need to download and load the new app while drivers could opt into the program directly through the Waze app. With the RideWith app, riders can enter their commute info, then wait for an alert when a route-friendly driver has been found. Users can suss out drivers by way of profiles, prior riders’ reviews, and even through a chat option.

Sports car with a social conscience: BMW i8

Late last year, we reviewed BMW’s i3, a range-extended plug-in hybrid electric vehicle (PHEV) that impressed us despite its high price and limited range. That car is one half of BMW’s i Project, a sub-brand created to showcase the company’s vision of sustainable mobility. The i8 is the other half. It’s a plug-in hybrid sports car made from carbon fiber and aluminum. As such, it looks like very little else on the road.

Because Apple Music is a cloud based service, adding favourite tracks and playlists in Apple Music will add them to your collection in the cloud. If you don’t turn on Apple Music, you don’t have access to your musical cloud record, and the only way to listen to the music is to stream tracks while online. No offline copies, no playlists, and no bookmarks (just the struggle to remember your favourite albums you’ve recently been listening to).
The issue that is upsetting many Apple users is that moment when you turn on iCloud Music for the first time and your tracks are synced to the cloud. Apple’s methodology on this is not clear, but from reports and feedback from users across the internet, it appears that Apple’s view of metadata and what the ‘correct’ track is, will take precedence over your custom edits.

Major Gaps Between the Public, Scientists on Key Issues

Despite broadly similar views about the overall place of science in America, there are striking differences between the views of the public and those of the scientific community connected to the American Association for the Advancement of Science (AAAS) on a host of science-related issues, from whether genetically modified foods are safe to eat to whether the world’s growing population will be a major problem. See how their views differ by clicking on the topics below.

Does your interest in a product imply it will fail?

In a study published in the Journal of Marketing Research, researchers identified particular kinds of consumers whose preferences can predict products that will flop, calling those folks “harbingers of failure,” reports the Chicago Tribune.

Researchers looked at retail purchases made by about 130,000 consumers at a national convenience store chain, and found that 13% of them had buying habits that predicted failure of a new product. Failure in this case means surviving less than three years. About half or more of the products they bought were doomed to die before they had a chance to make it big.

No need for separate VPN or DNS manipulation to stream video.

A notice posted on June 3rd in a recent Federal Register show that some changes are being made to the International Traffic in Arms (ITAR) regulations. Hidden within the proposal, which restricts what gear, technology, and info can and cannot be exported out of the US, is a ban on posting schematics for 3D printed gun parts online. The ruling comes just a month after Cody Wilson and, his group Defense Distributed filed a lawsuit against the federal government for forcing them to remove blueprints of the “Liberator” 3D-printed gun of off their website. Wilson described the move as a violation of First Amendment Rights and believes that the new mandate is a direct response to his lawsuit.

Web Extra: You could buy your own personal jetpack by 2017

Jetpack maker Martin Aircraft has announced that its first jetpacks—aimed at first responders for use in search and rescue missions—will be ready for delivery in the second half of 2016, and that its “personal jetpacks” for the consumer market will be ready for use by the middle of 2017.
The company’s P12 jetpack has a maximum speed of 74 kilometers per hour (46 miles per hour) and can rise up to 3,000 feet (900 meters).

The company expects to produce 500 jetpacks annually from its headquarters in New Zealand. The price tag on the contraptions: a reported $150,000.

Grant Willcox, a student studying ethical hacking at the University of Northumbria in the UK, is claiming that the Wassenaar Arrangement, an arms control treaty that was expanded last year to prohibit the export of various kinds of software exploit, is forcing him to censor his dissertation.