Ikea's Sad that You're Buying Plastic Bitcoins, Yo 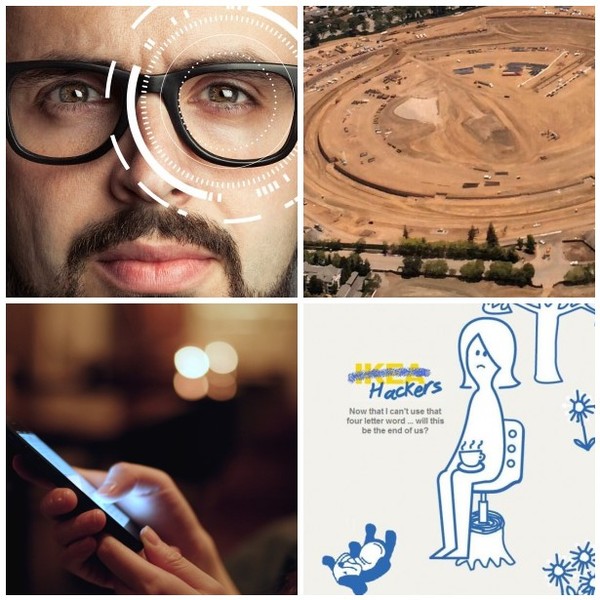 App That Lets People Say ‘Yo’ To One Another Gets Hacked

The creators of a popular smartphone app that’s only function is to let users say “Yo” to one another confirmed Friday that hackers have found a security flaw in the software.

App creator Or Arbel confirmed to Techcrunch that the app, appropriately called “Yo,” was “having security issues.”

We show, via a massive (N = 689,003) experiment on Facebook, that emotional states can be transferred to others via emotional contagion, leading people to experience the same emotions without their awareness. We provide experimental evidence that emotional contagion occurs without direct interaction between people (exposure to a friend expressing an emotion is sufficient), and in the complete absence of nonverbal cues.

IKEAhackers, a fantastic website for hacking IKEA furniture, got a Cease and Desist from IKEA for intellectual property infringement. Luckily, blowback from users of the site prompted IKEA to open new talks with the developer. We’ll see what happens.

Plastic is becoming a major problem worldwide: In 2012, the United States alone produced roughly 32 million tons of plastic waste, while only recycling about 9 percent of its plastic, according to the Environmental Protection Agency.
bq. This is because of the growing use of “nonrecycled” plastics, primarily made of polystyrene and polypropylene. Seeing little return value, recyclers toss these plastics into landfills, where they pile up and never decompose. As a result, landfill space is becoming a concern.
bq. But now MIT spinout PK Clean, founded by Priyanka Bakaya MBA ’11, aims to end the landfilling of plastic with a cost-effective system that breaks down nonrecycled plastics into oil, while reusing some of the gas it produces to operate.

…it was discovered that fruits and vegetables actually produce ethylene as they ripen. Experts think that the ethylene gas acts as a signal to the other plants to synchronize and coordinate ripening, thus maximizing the appeal of the plant to their seed disseminators (e.g. birds) and assuring the dispersal of their seeds. Scientists have since studied the effects of ethylene gas on produce and found that the effects are widespread. Other plant tissues can produce this gas as well. Even after harvest, fruits, vegetables and flowers are still alive, continuing their biochemical processes, including ripening and the generation of ethylene gas. Bruising or cutting some fruits and vegetables can even cause them to increase their ethylene gas production.

Bitcoin auction going ahead despite US Marshals gaffe

The U.S. Marshals Service is going ahead with an auction of US$18 million in bitcoins even though it inadvertently leaked the identities of potential bidders.

“The auction is proceeding as planned,” a spokeswoman for the service wrote in an email early Friday following revelations that the service had leaked the email addresses of people interested in the auction. It remains set for June 27.

The addresses of the potential bidders were mistakenly copied to recipients of an email sent Wednesday with information about the auction, the Marshals Service said.

“The message was intended to blind copy everyone with an attached document that contained frequently asked questions and answers on the subject,” spokeswoman Lynzey Donahue had said in a statement.

Spritz today is shipping its free software development kit (SDK) worldwide to let developers work with Spritz’s code and incorporate it into apps and websites. The more than 25,000 developers who have signed up for Spritz’s SDK will start to receive their kits starting today. Spritz tells me that the SDK launch will be in a staged rollout, with website SDKs coming first, followed by SDKs for Android and iOS.

The 3D rendering above comes from Technology Integration Services. The company isn’t actually affiliated with Apple, but decided to put together this render of the company’s currently under construction Campus 2 building using publicly available designs. We have already seen a lot of renders straight from Apple of what the building will look like, but the flyover view in the render above gives us some perspective on the surrounding area, the courtyard area in the middle of the building, and the rest of the campus.

Earlier this month we noted that construction on Apple’s Campus 2 project was well underway when photos of the foundation walls surfaced online. Apple said previously that it expects the new campus to be complete for employees to move in by mid 2016 following a few delays.