Trashing Passwords from Space with Lightroom 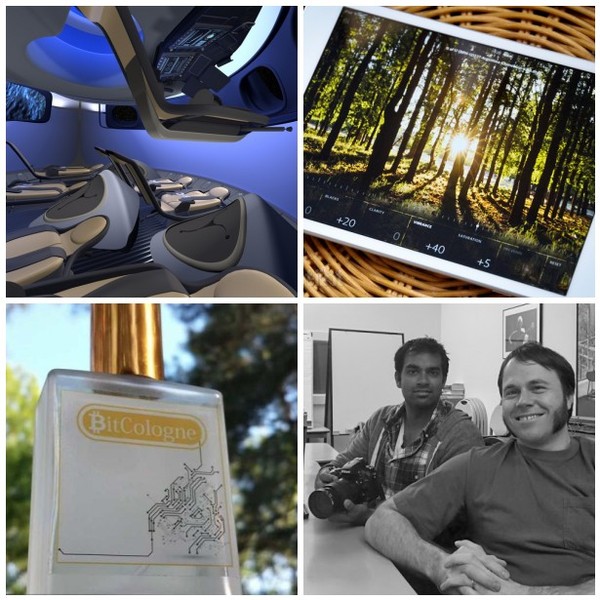 Password day, planes powered by fuel from garbage, a design for commercial space flight, looking back in time at websites past, a new bitcoin-based cologne, and a live video feed from space.

For more than a decade, the virtues of strong passwords have been lost on most end users, despite frequent sermons from security experts and IT administrators over their importance in locking down accounts. Now, a consultant is proposing a system that provides rewards or penalties based on the passcode choices people make.

For instance, a user who picks “test123@#” might be required to change the password in three days under the system proposed by Lance James, the head of the cyber intelligence group at Deloitte & Touche. The three-day limit is based on calculations showing it would take about 4.5 days to find the password using offline cracking techniques. Had the same user chosen “t3st123@##$x” (all passwords in this post don’t include the beginning and ending quotation marks), the system wouldn’t require a change for three months.

Your Future British Airways Flights May Be Powered By Garbage

In a few years, your flight from London to New York may be powered by trash. A new production plant—ironically located in a former oil refinery outside of London—will be cranking out a renewable fuel made from waste that otherwise would end up in the city’s landfill. British Airways is going to buy over $500 million of the garbage fuel to help fly its planes with a lower carbon footprint.

Because the fuel is made out of trash, it will actually be as cheap for the airline to buy as regular jet fuel.

“The city is already paying the landfill—and since we’re replacing the landfill, the city will actually pay us to take the trash," explains Robert Do, CEO of Solena Fuels, the company making the fuel. “And the good news about working with waste is the infrastructure is already there. You’ve got trucks picking up the trash and sorting and delivering. We can take advantage of that.”

The aerospace giant on Wednesday (April 30) unveiled its new concept for the cabin of a future commercial spaceliner — a vision based in part on the blue-lit Boeing “Sky” interior of the company’s modern airliners, as well as work on the company’s CST-100 space capsule to ferry NASA astronauts on roundtrips to the International Space Station.

The Internet Archive today announced a massive milestone for its Wayback Machine: 400 billion indexed webpages. The data encompasses the Web as it looked anytime from late 1996 up until a few hours ago.

To celebrate the milestone, the Internet Archive has provided a list of The Wayback Machine highlights over the years.

“It is a universally acknowledged fact that a single man in possession of a Bitcoin fortune must be in want of Bitcoin-branded luxury products on which to blow his semi-pretend Internet money.”

After being continuously inhabited for more than 13 years, it is finally possible to log into Ustream and watch the Earth spinning on its axis in glorious HD. This video feed (embedded below) comes from from four high-definition cameras, delivered by last month’s SpaceX CRS-3 resupply mission, that are attached to the outside of the International Space Station. You can open up the Ustream page at any time, and as long as it isn’t night time aboard the ISS, you’ll be treated to a beautiful view of the Earth from around 250 miles (400 km) up.

Bob, from Salinas called in to ask how to remove the dots when scanning printed material from news papers and magazines.

Sharad Mangalick was last on GeekSpeak in August of 2013 .